Some, though not all producers, say yes to the future of the World album.

Not surprisingly if your label is having success then the motivation to keep releasing new albums is stronger than if you are losing money and getting no recognition. By albums I mean physical product - CD or Vinyl.

As part of my homework for chairing the WOMEX panel on the future of albums, I spoke to labels and distributors in the World Music (WM) game, who continue to roll out regular releases.

Chris Eckman, talking to me from Slovenia where his award winning, Giltterbeat Records have their HQ, told me that he thinks it is still worth releasing World albums. He laughed when I asked him outright if he thought it was a good business model.

Glitterbeat produce approximately a quarter of the masters on their imprint. The remainder are licensed in releases. As a producer myself, and considering the sales of their releases he disclosed to me, I was a bit surprised that he was so bullish. He justified the activity as being part of what he called, "the artist's strategy". Media promotion for the artist and albums as merchandise he suggests, are valid reasons to press records. 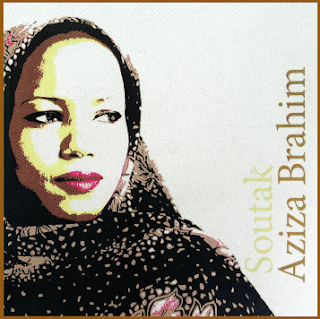 "Not all releases make money, this is not only why we do this" Chris says. "The graphs for the number of releases versus the sales of each release, is the shape of an X these days. But popularity of the performer is not the only reason to make albums".

I pointed out that an artist, one can pretty much self release an album, which can be put together on a modest budget. The trouble is that there is often no infrastructure or budget support to promote the release.

We talked about the lack of A&R in the record business currently. Chris says that there is a lack of this skill resulting in too many releases going out there which in the past might not make the cut on the rosters of stable labels. These releases simply muddy the waters, as it were, making it difficult for new artists to establish themselves.

We also talked about the World Music media and the extent to which this shapes the strategy of established labels. This was another subject we both chuckled about. With the absence of credible sales charts for World Music, we have reviewer or radio programmer charts. Recognition for your artist in these is an encouragement for a label. It is also however an encouragement for the opposition who might feel motivated to copy or clone styles from certain geographic regions, without knowing what the sales look like. An example is the rash of Cuban releases following the Buena Vista Social Club success.

I spoke to other producers as well.  One key player, who preferred that I did not mention his name very pointedly asked what I meant by album. "Behind a proper album there is a creative idea. I get the feeling that these days records are being made by agents. Record production is not really part of their skill set. They set the limitations based on what sort of group they can offer to festivals.  They think that the record has to sound like the band might sound live".

One of my personal bug bears is the influence of radio DJs who need worldbeat tracks to keep their shows alive and or keep people on the dance floor for the many that are also club DJs. In this context there is very little space for virtuoso spiritual performances. Performances which may in fact be a more legitimate reflection of the traditional roots of many world music artists. The extent to which this is projected onto, and is mimicked in print and internet media, is also annoying.

I spoke to distributors who support World Music from Germany, UK, France and Holland. All of them wondered how their labels made ends meet. I asked what they considered to be a hit WM album for distributor based sales and the figures ranged, according to the country, from 50 to 500 CDs. These are nothing like the figures they were doing even 5 years ago according to all of them. Most of them expect a further downturn (except the German distributors who said they think things have bottomed out, at lease at far a physical formats go).

Though personally I am sceptical, there are likely to be World Music albums produced in future, but it is not because they make money. Labels will have to raise cultural funding or seek out generous investors or tap the resources of fans to pay studio bills. In the past not every WM album paid its production costs but there was a deeper body of releases that sold in stores, online and at shows, so there were records outside the media Top 10 that were viable. Now I suspect even those that make the media charts are unlikely business propositions.

Posted by Special Panel link at 04:18